You can always expect to find new and impressive locations in the UAE thanks to the country’s fast-paced growth and immense wealth. The Emirates also offer several exquisite natural locations, from pristine beaches to islands, and a large expanse of desert land. There are countless filming locations in Dubai and throughout the Emirates.

This is the main production hub in the country. Popular for being the host city to the tallest building in the world, the Burj Khalifa, Dubai also offers many of the most exotic man-made islands, beaches, parks and even an underwater slide at the Aquaventure Waterpark. 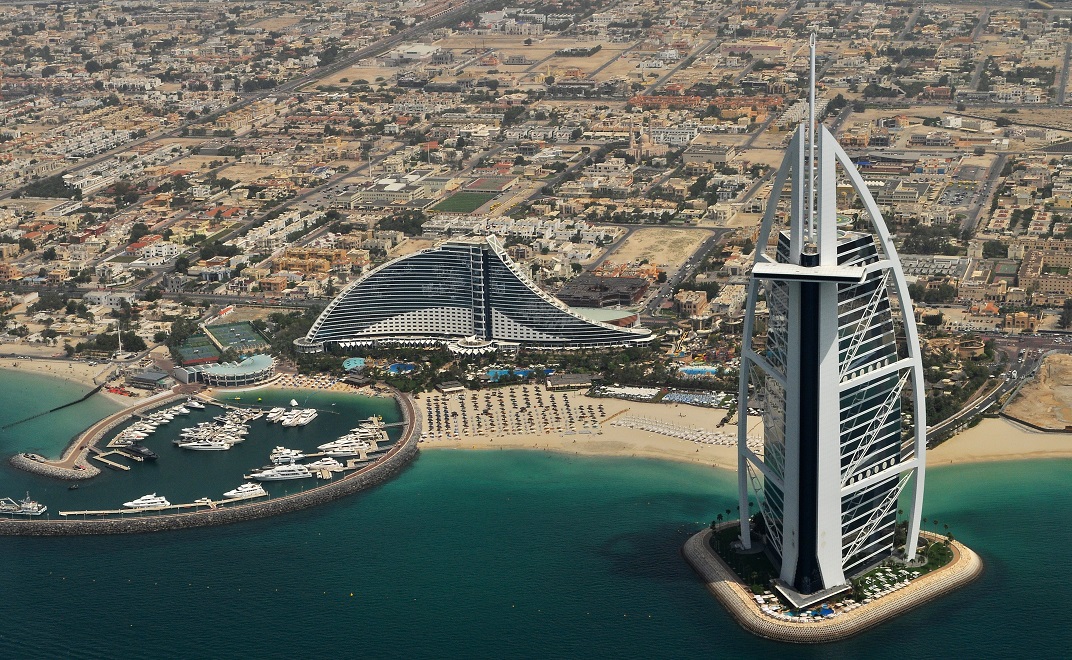 This is the capital city and the main cultural center of the country. You will also find some of the most impressive modern architecture in the world in Abu Dhabi. There are a number of museums, cultural centers, palaces and hotels. Abu Dhabi is also home to the Abu Dhabi Grand Prix in the Yas Marina Circuit.

The recently built Backlots is a 4000 square meter outdoor area located in the Khalifa industrial zone. It offers scenes similar to 19th-century neighborhoods in Jeddah, Saudi Arabia, with mosques, houses, and shops. The backlot offers a safer and easier alternative to other Middle Eastern filming locations. 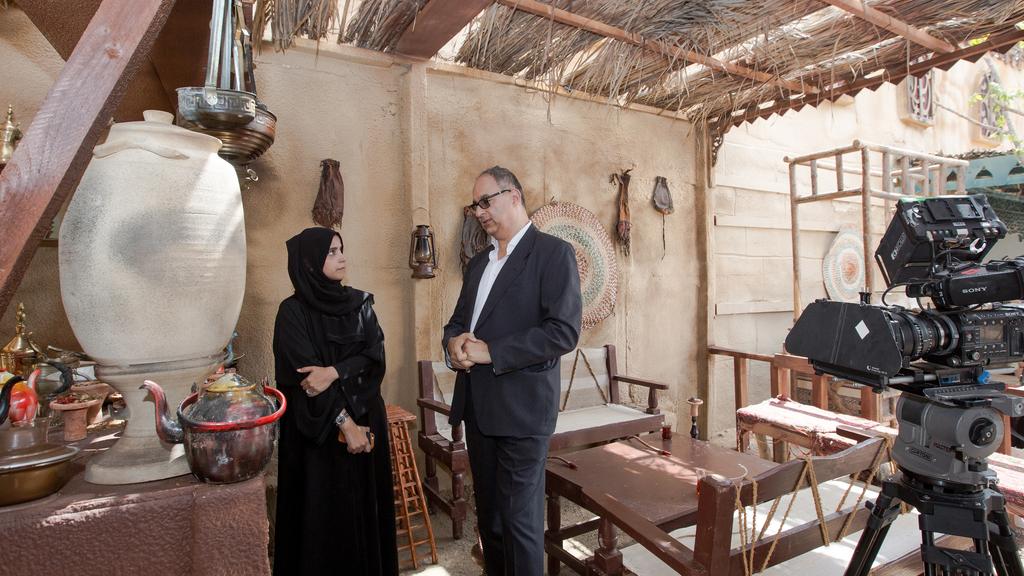 The White Sandy Beaches of the Emirates

Dubai and other cities of the United Arab Emirates offer miles and miles of fine-sand beaches of the warm Persian Gulf. These pristine areas can serve as scenic backdrops for outdoor shoots. Notable white sand beaches include the JBR open Beach,  Umm Suqeim Beach, Kite Beach, and several others 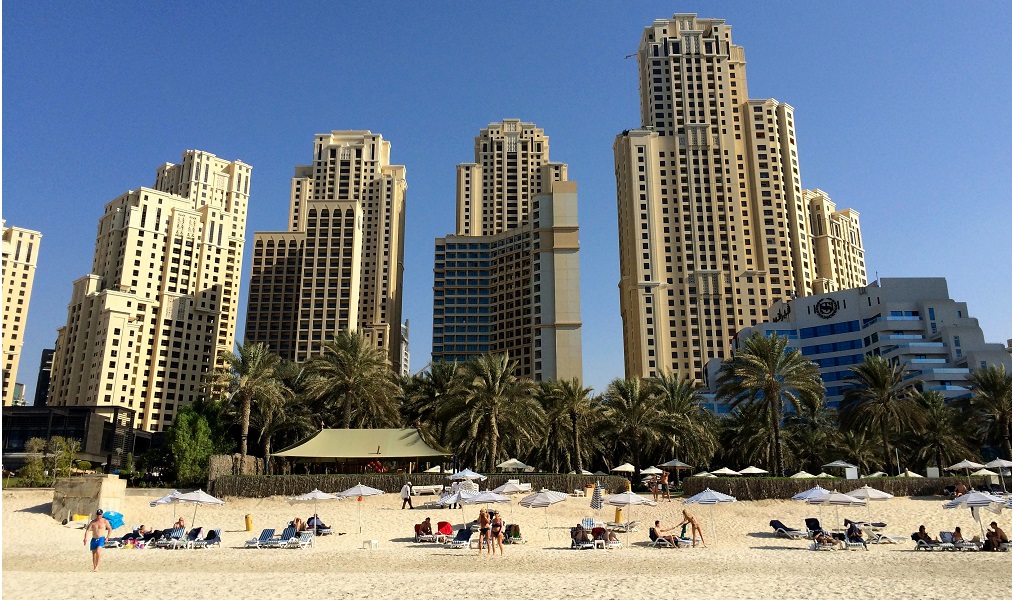 This is more of a park than a full-sized beach. Located not far from downtown Dubai, the Jumeirah Beach Park is a man-made terrace with green grass levels built on flat desert. The beautiful artificial park also has a picnic and eating area as well as a narrow strip of beach and palm trees. 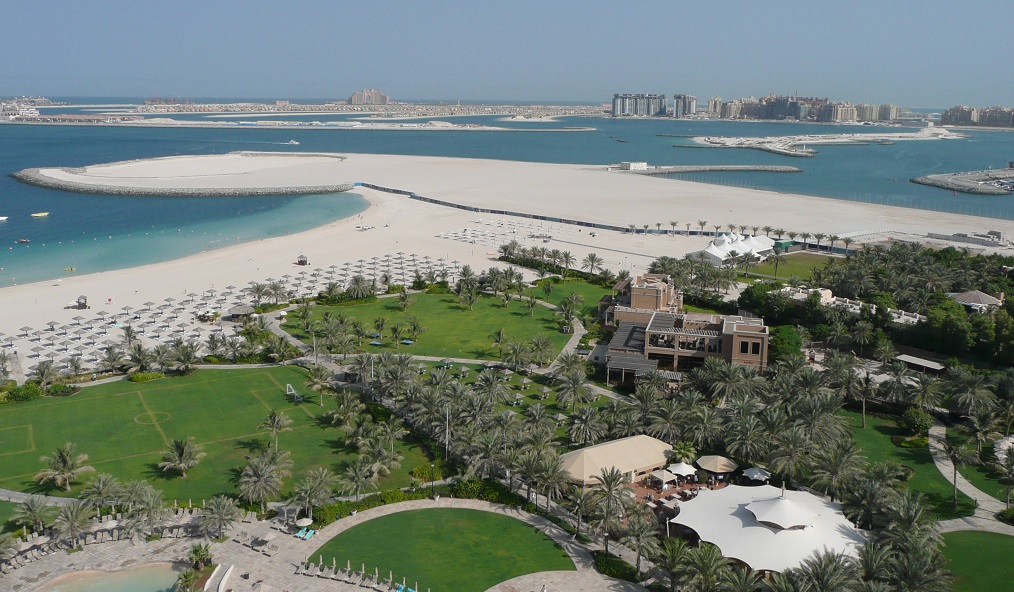 Wadis of the UAE

Unlike many people would like to think, the UAE is not merely a large expense of dry and perch desert land. In addition to its vibrant modern landscape, mighty mountains and sand dunes, the UAE are also home to a number of enchanting Wadis, an Arabic word for a riverbed or Oasis. Some of these water pools in Dubai include Wadi Beih and Wadi Hayl.